Home » Blog » How I Developed My Flaky King Cake Recipe

why a new king cake recipe?

Go straight to the recipe here

With many Mardi Gras seasons under my belt, I’ve grown tired of the traditional king cake recipes. They tend to be dry, flavorless cream cheese/fruit jam filled bread rings, coated in ultra-sweet icing and colored sugar. Filling leakage is a real danger and tends to give the bread a soggy bottom within a few days. I’m all for eating king cake at every meal, and then some, but there was no way we were eating it all before it turned to mush. There had to be a better way.
The same goes for bakery king cakes. They are all so different, and you have to throw elbows for the best. Grocery store king cakes don’t count. Albertson’s makes a decent king cake down here but everyone else is straight up bunk.

I’ve been craving something with more depth and guaranteed to stay fresh longer than a few days. This meant I had to make a king cake full of flavor without adding a filling. A more grown up king cake where every ingredient mattered. Like a croissant.
Many from Baton Rouge & New Orleans have heard of the Dong Phuong king cake craze. If I would have known about this bakery last month, I would have driven down to buy one instead of making 5 king cakes in my quest! Oh well, it’s similar but not at all a copycat. They are both flaky brioches but that’s where it ends.

I started my research with the most popular king cake recipes online for the sake of science. Some were too complicated, had a laundry list of ingredients and worst yet, added vanilla extract to the dough. Just no. I also had a problem with them holding their shape. No matter how beautifully shaped, they all turned amebic looking in the oven. 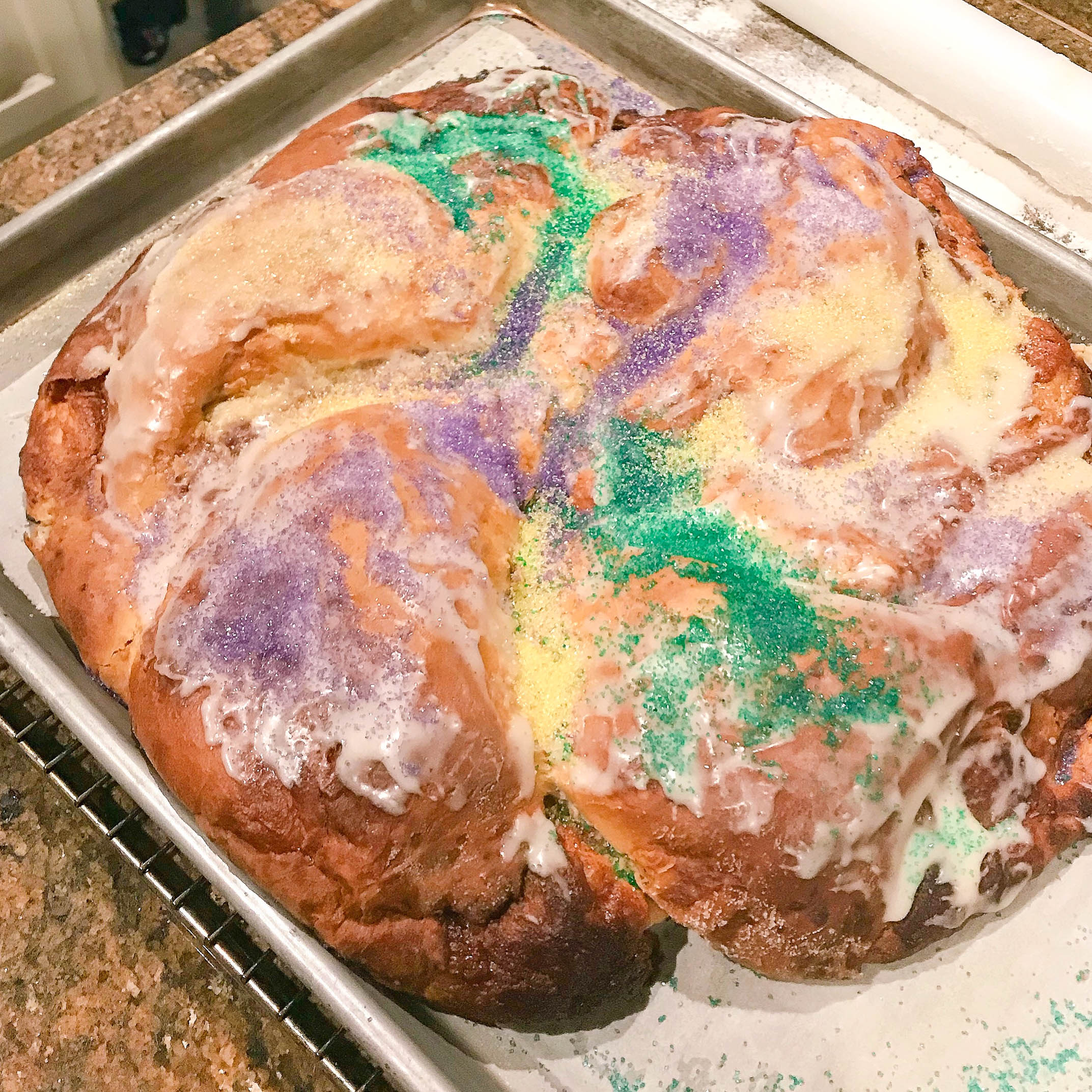 I knew king cake started as brioche bread, which is the same bread recipe used for cinnamon rolls. I nailed cinnamon rolls last year so I decided to start with what I knew would be a good base recipe. 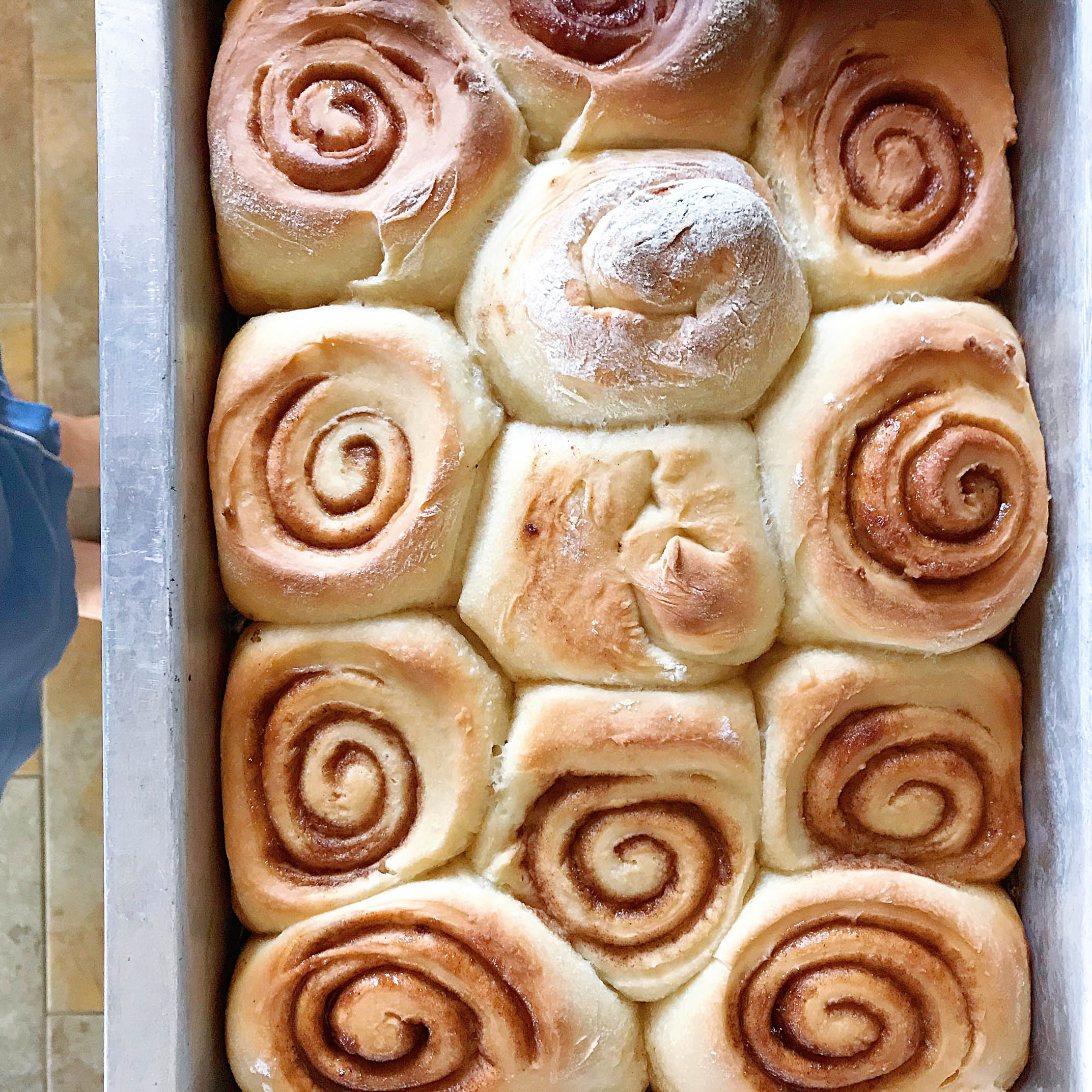 Instead of rolling the dough with filling inside like a cinnamon roll, I folded the dough over twice. This distributed the filling throughout before shaping into a traditional king cake. Though tasty and fillable with cream cheese, it made for a weepy king cake during the final proof. It is impossible to mop up all the sugary liquid so you end up with a burnt sugar puddle as it bakes. Not pretty but the bread came out flaky and delectable. I was getting somewhere… 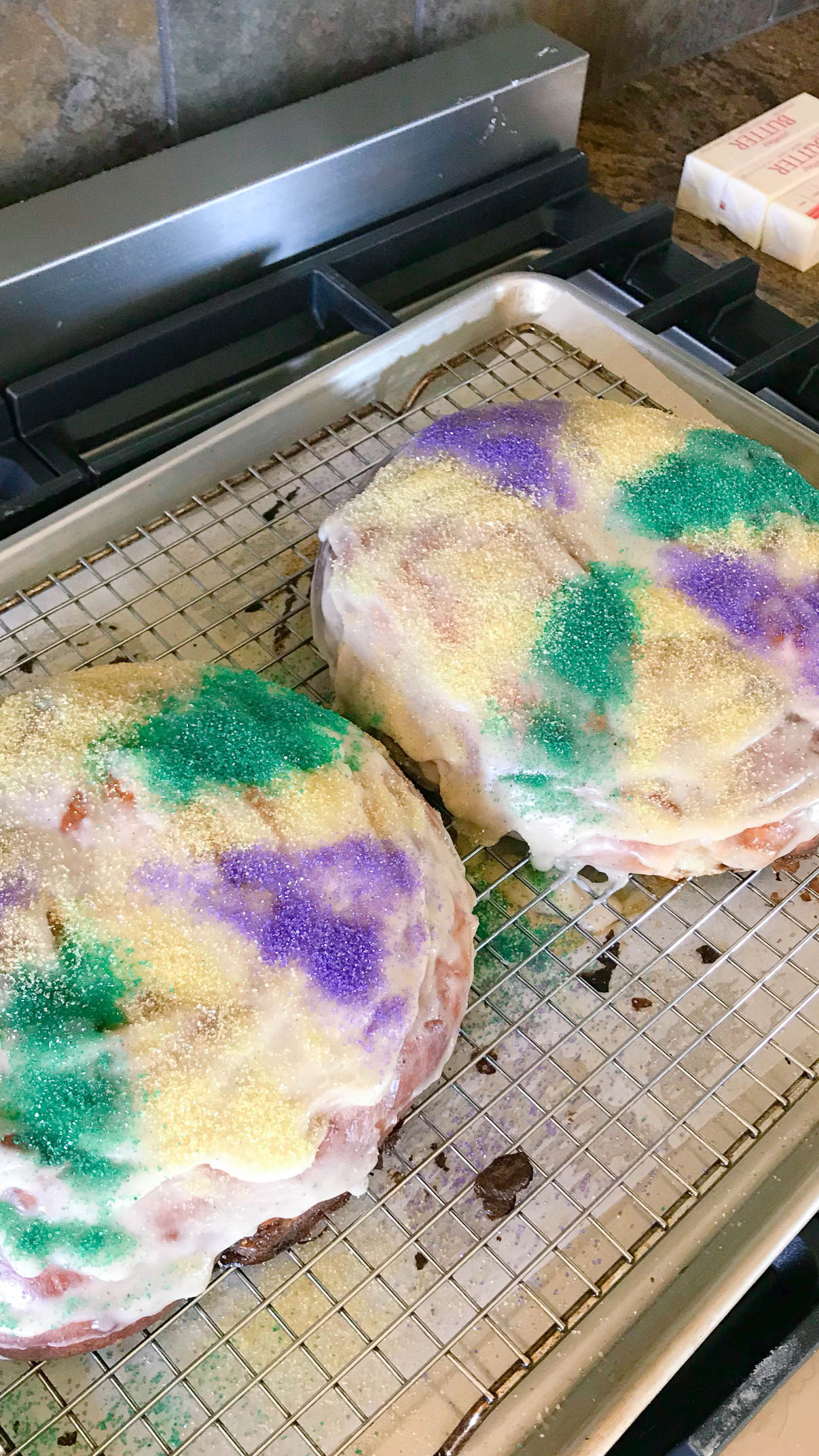 I decided I wanted to laminate my brioche with butter like a croissant, to achieve flaky goodness. Ladies and gentlemen, this was the biggest failure of them all. Laminating cold butter into dough is hard. Really hard. I ended up mixing 2 sticks of butter back into the dough after a frustrating hour and threw it in the oven. I made a huge butter biscuit. It was yum but a massive king cake failure. 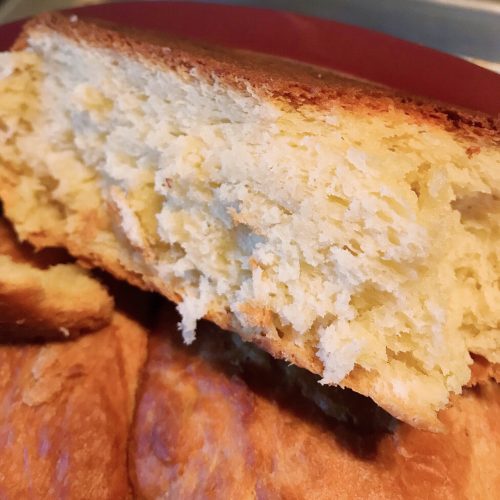 Back to researching. Laminated brioche is not a popular recipe so I was constrained to few French recipes and youtube videos. The best example of laminated brioche is brioche feuilletée. A truly beautiful labor of love. After a week of research, I found I had no choice but to “cheat” and brush on melted butter. BUT the kind of butter made a big difference. I needed clarified butter.
Clarified butter is pure butterfat with the water and milk proteins removed. It was the water in the butter that was making my sugar run! Clarified butter and brown butter are exactly the same thing, except brown butter is left over heat longer to toast the milk proteins. Bingo! That’s where my depth of flavor will come from.
After two trial runs and lots of happy taste testers, I finally got the recipe down pat.

I have personally purchased & used all linked products. As an Amazon Associate I earn from qualifying purchases. Why I use affiliate links instead of annoying ads